The story of a war veteran’s inner struggle with PTSD on the Netflix show Disjointed is told through evocative animated moments. In this segment, a war ravaged refrigerator allows us to see the allegory of his trauma enacted by stop motion bacon and eggs. Although the initial concept is seemingly silly,  the execution was anything but. Taking much care and time to emulate the cinematic and stark reality that echoes the social commentary of Full Metal Jacket and Apocalypse Now, the final result of the stop motion piece was fast paced, action packed, with camera angles and action shots both complicated and relentless, leaving viewers to experience an emotional push away from humor into a strikingly poignant character plot. 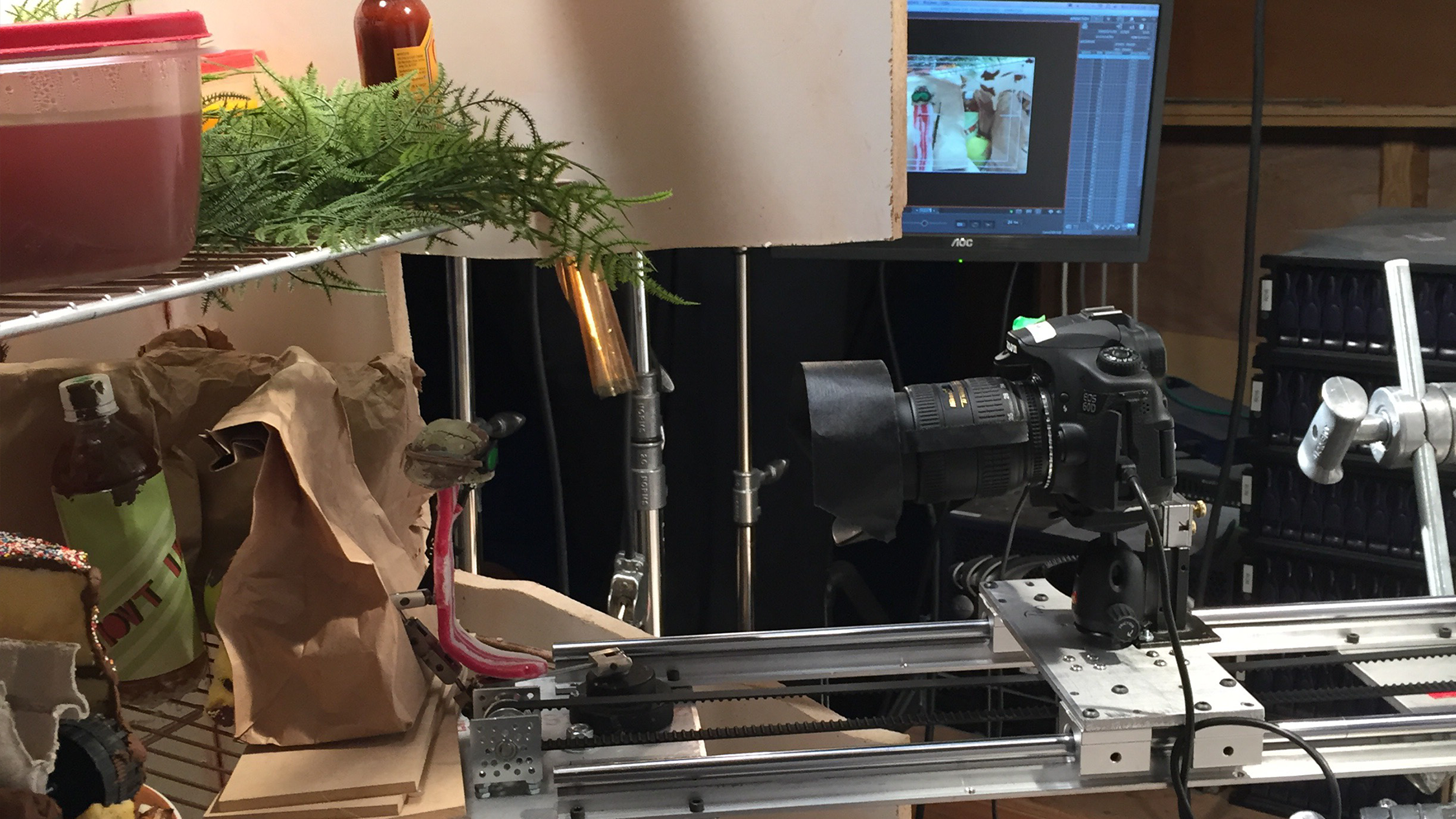